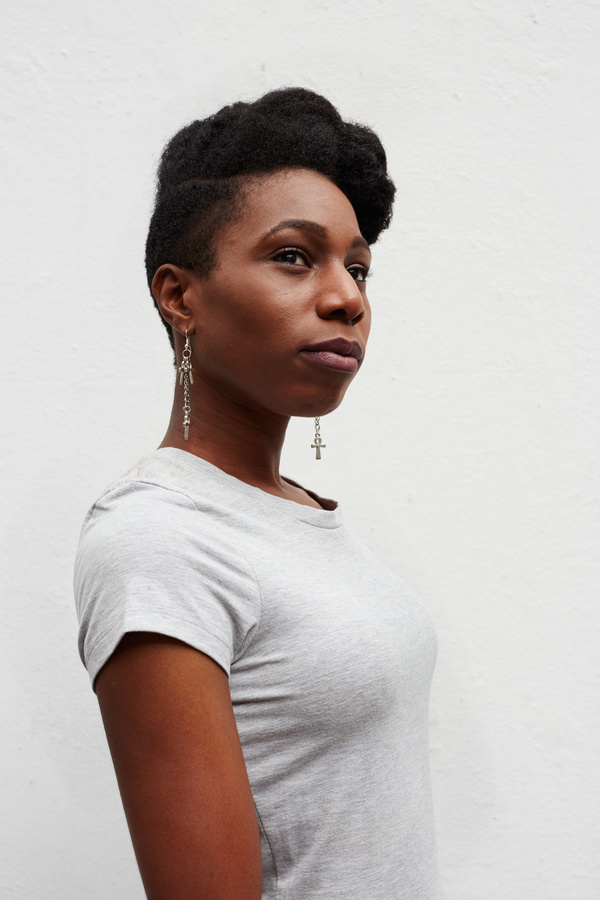 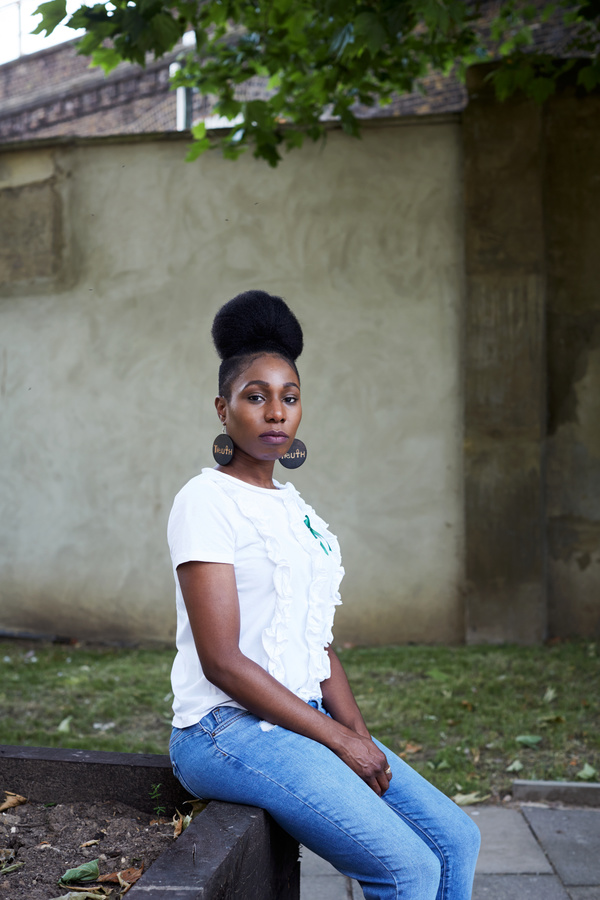 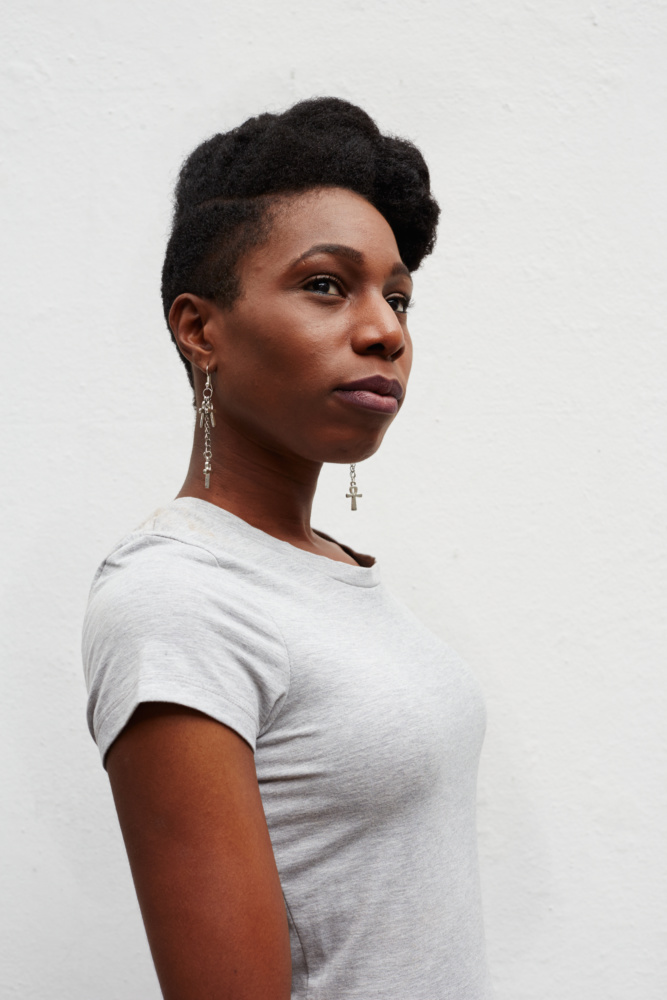 I was first asked to make a portrait of Corrine just 6 days after Grenfell Tower fell. She escaped from the 17th floor with her two small boys, after the smell of smoke woke them up. They ran down the stairwell to safety, the lift hadn’t been working for months so she knew they could push them to race down. She also knew her disabled neighbour had no way of getting out. No one else from her floor survived.

A year later I went to see Corrine to tell her story for a book called Invisible Britain; she had lived with the family in hotel rooms and temporary accommodation for twelve months with no answers. The whole family had suffered various health conditions due to stress, uncertainty and the original trauma. Their lives were on hold. We took this image near the charred remains of Grenfell Tower where the silent vigil gathers every month. Her full interview in her own words can be seen in the book. 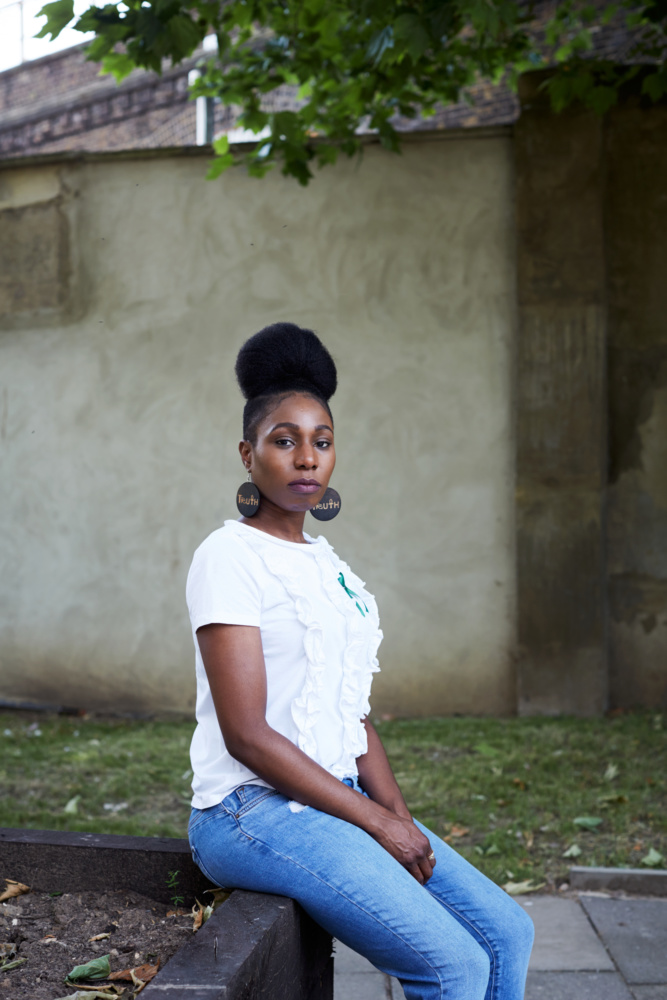